5 Reasons “Reference Checking” is the Elephant in Your Hiring Process 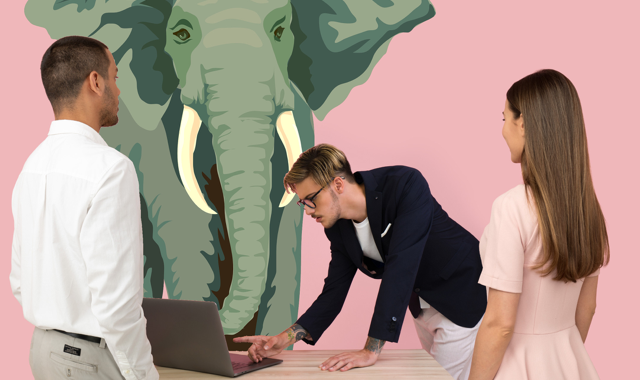 During a routine physical recently, my doctor inquired about my business. This triggered a bad-hire nightmare, still fresh in her mind. I listened, and then gave her my prescription to elevate her hiring game…as I sat on the table draped in a hospital gown. She yelled down the hall as I left thanking me profusely, reiterating how much she’d learned that day. She sounded fearless. The emotion, pain, and financial impact endured when companies, and employees, are blindsided by hiring mistakes can be devastating. I’ve made my own share of gut-wrenching mistakes, and I know first-hand the ripple effect they have on both businesses and lives.

Hiring mistakes are an epidemic that ripples through Corporate America each year leaving a wake of destruction on businesses. Many are not equipped to absorb the losses and are annihilated by hiring mistakes.

Unless you have first-hand knowledge working directly with a candidate, unless they’ve come highly endorsed by those you trust, or unless you artfully elicit specific and deep insights from all the right people, the odds of hiring a fully engaged star player are not in your favor.

No matter how shrewd the interviewer, or clever your strategy or assessment tools are, you’ll never know if that dreamboat candidate is really going to rock your business…until they’re in the driver’s seat.

Interviewees Tend to “show-up” Instead of Actually Showing Up

If a resume, interview, and instinct established whether or not someone could do a job, or fit into a culture, there would NEVER be a bad hire.

The reality is, there are people out there who are masterful at deluding others into believing they’re someone they are not. Think of that hire you’d have bet the world was a superstar who showed up as someone far different than the person who presented during the interview and managed to wreak havoc throughout your entire company.

Studies by Gallup peg almost 20% of the American workforce as fully disengaged/toxic, as well as nearly 50% of the workforce who are sleepwalking through their day, uninspired by neither their manager or employer. That’s nearly 70% of the US workforce you may want to seriously avoid hiring.

Bad hires don’t discriminate. In fact, they occur in all areas of our lives. I once got into a relationship with someone who disagreed with me every time I agreed with him. He turned out to be far different from the person who initially presented himself.

Most of us have encountered at least one of these charmers, if not professionally, then personally. Think of that relationship that leaves you pinching yourself wishing you’d wake up feeling grateful it was only a bad dream.

The Elephant in Your Hiring Process, “Reference Check,” aka “Waste of Time” 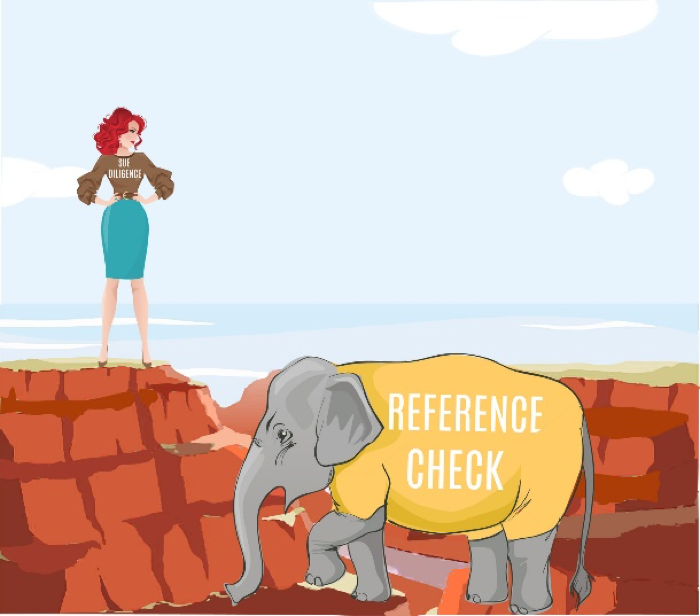 This 10-ton elephant is a broken component of the hiring process that slips through the cracks the size of the Grand Canyon.

Reference Checking is most commonly a formality or contingency of a verbal offer, or more simply, a check-the- box. Almost always performed after a decision to hire has been made, a stage when everyone is so psychologically invested in the candidate, the blinders are in full force and they don’t want to hear a thing. Not unlike the honeymoon stage when a couple begins dating and desperate to believe they’ve found true love.

I’ve dealt with thousands of hires, and I’ve NEVER seen anyone perform or manage what I consider best practices in Reference Checking. This is the most valuable component of a hiring process, yet the most shockingly underutilized.

One business leader who gets it right is Reed Hastings, Co-Founder, and CEO of Netflix. He believes “Reference Checking is the most important step in hiring.” In fact, if someone will be reporting to Hastings, he personally conducts the Reference Check.

I have the utmost respect for Hastings as a business leader. And we are on the exact same page when it comes to both the value and definition of what an effective Reference Checking process looks like. If the CEO of Netflix has the time to make Reference Checking a priority, why can’t you. 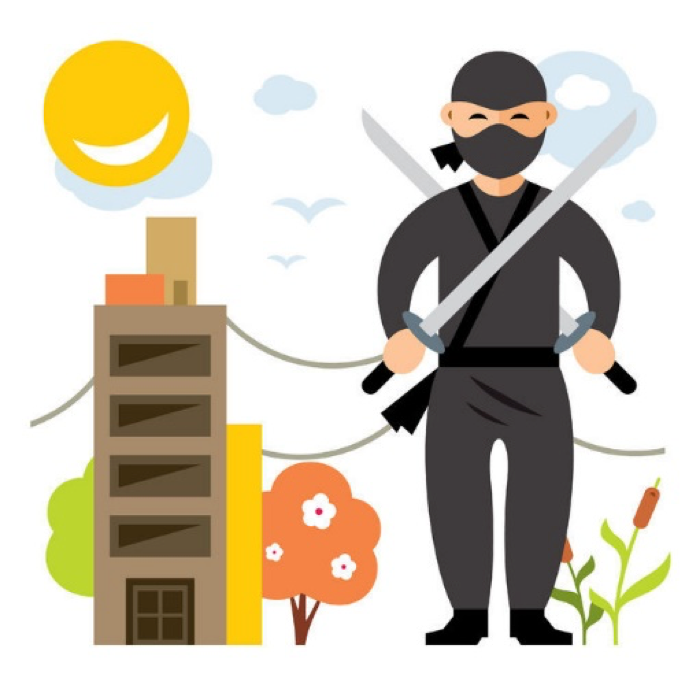 Most professionals won’t touch Reference Check with a 10-foot pole. They come up with every excuse in the book why they don’t have time to invest. I’ve actually witnessed grown-ups throw temper tantrums when asked to conduct a reference check.

I was once told by a Head of Talent Acquisition for a large company she’d rather die a death of a thousand cuts than conduct a Reference Check. Trust me, she wasn’t kidding.

I used to work with a VP, HR who resigned the moment she was told Reference Checking would fall under her realm of responsibilities. Her shoes began to smoke and she left skid marks straight out the door. She never returned.

I also know a Director, HR who opts out of reference checking because she claims her gut knows best.

I know all of the above must sound funny, or crazy but the reality is, this is a microscopic glimpse into just how far people will go to avoid Reference Checking. When performed well, yes, it is a hassle, it is time-consuming, it does require a lot of thought and energy, and it does require a certain personality to drive and manage it. Here’s the part though where you should lean in…when you weigh the sweat equity of a reference check against the cost and disruption of a bad hire, it’s incomprehensible companies are not putting enough emphasis on it. People go to tremendous lengths to protect themselves from all kinds of disasters but when it comes to Reference Checking, something that can save millions of dollars, the blinders come out.

When Marissa Mayer was CEO of Yahoo!, she made one single hiring mistake that ended up costing $109M. Google it.

Bad Hires are the Single Greatest Mistake Any Company Can Make

To better wrap my head around the true costs of a bad hire, I contacted Randy Street, principal at ghSMART, a worldwide management assessment consulting firm headquartered in Chicago. Randy graciously shared data and research conducted through extensive client surveys. What I learned was mind-blowing.

According to data collected from over 100 of ghSMART’s clients, a managerial mid-hire with an approximate $100k base salary, balloons to almost $1.5M. Nearly 80% of the overall bad hire cost lies in wasted or missed business opportunity. Mind you, this price tag is offset by the contribution of the bad hire, approximately $360k in this case.

In fact, $1.5M is conservative because half of the respondents who participated found it too difficult to quantify disruption and left the section blank. 50% of respondents were area Presidents and above. In addition, the length of time reflected in the job was 18 months — while most bad hires, according to the study, stay on longer.

The higher the level, the more damaging it is. At the executive level, according to ghSMART, the multiple on a base salary can easily go up to 27x. For example, a $1M executive mis-hire balloons to $27M.

There are many layers and intricacies involved in quantifying the costs of hiring mistakes. One thing I’m certain of, most companies are not measuring them. As a result, executives have no awareness over just how destructive they are.

I bring special attention to wasted and missed business opportunity, the bulk of the bad hire loss. It does not show up on your financials like hard costs and this makes it a silent killer. It’s similar to carbon monoxide poisoning – you can’t see it, taste it or smell it, but it can sure be deadly to your business.

The investment of time on the front end of a hiring process can save millions on the back end (or the company).

1) Myths and Misconceptions. There are so many myths and misconceptions around the Reference Checking process. Buying into them is a huge mistake as it can cost you dearly.

We don’t know what we don’t know. Don’t judge. Open your mind to awareness, learn best practices in Reference Checking and get into the habit of conducting them.

2) The Timing of Reference Checking. Waiting until a hiring decision has been made to check references is like flirting with disaster. You’re too psychologically invested and your mind is already made up. Get out of the weeds.

The time to check references comes after top-tier candidates have been identified, before a decision to hire has been made, and ideally, before the final round of interviews takes place. This allows for the opportunity to have feedback ready for final interviews, and it becomes especially valuable when bench marking one candidate against another.

3) Collecting References. You accept only the references provided by the candidate and call it a day. This is a huge fail.

The selection of references should be a collaboration between you and the candidate, and it should begin during the interview. This is gold to your process, as it gives you the opportunity to gauge body language when inquiring about names and relationships. You should be driving the process, not the candidate. Remember the line in the Godfather, “It isn’t personal, it’s strictly business? Well, this isn’t personal either. It’s strictly business.

4) Not Putting Enough Skin in the Game. The general consensus says Reference Checking is a waste of time. You treat it this way and, as such, conduct a cursory process to check-the-box. Delegating this process to your back office, or an individual lacking the requisite skill set to drive and manage it, is another huge mistake. You must not fail to validate your belief that your new hire will be awesome.

The general consensus is absolutely right. The process as most knows it is a waste of time. Would you prefer spending time dealing with the disruption and ripple effect of a bad hire?

The investment of time on the front end of a hiring process can save millions on the back end. If you insist no one has the time, divide and conquer, or outsource to the right person or company and get it done appropriately. Best practices in Reference Checking is an insurance policy against hiring mistakes that I guarantee will turn out to be way more costly and disruptive to your business.

5) Elicit 360 Perspectives, and Go Down in the Trenches. Limiting references to 2-3 people provided by the candidate is a critical error.

To get a well-rounded view of a candidate, his or her personality, culture fit, and past performance history, you must go down in the trenches. It is imperative to speak with the most relevant professionals who know the candidates best and have worked closest with them. Consider this. The way candidates treat subordinates may be far different from the way they treat high-level constituents. You’ll want to ensure they have a strong and respectable management style if they will be leading a team.

References should include subordinates, managers, high-level constituents and others, who are most credible. 8-10 is the right number of references to contact.