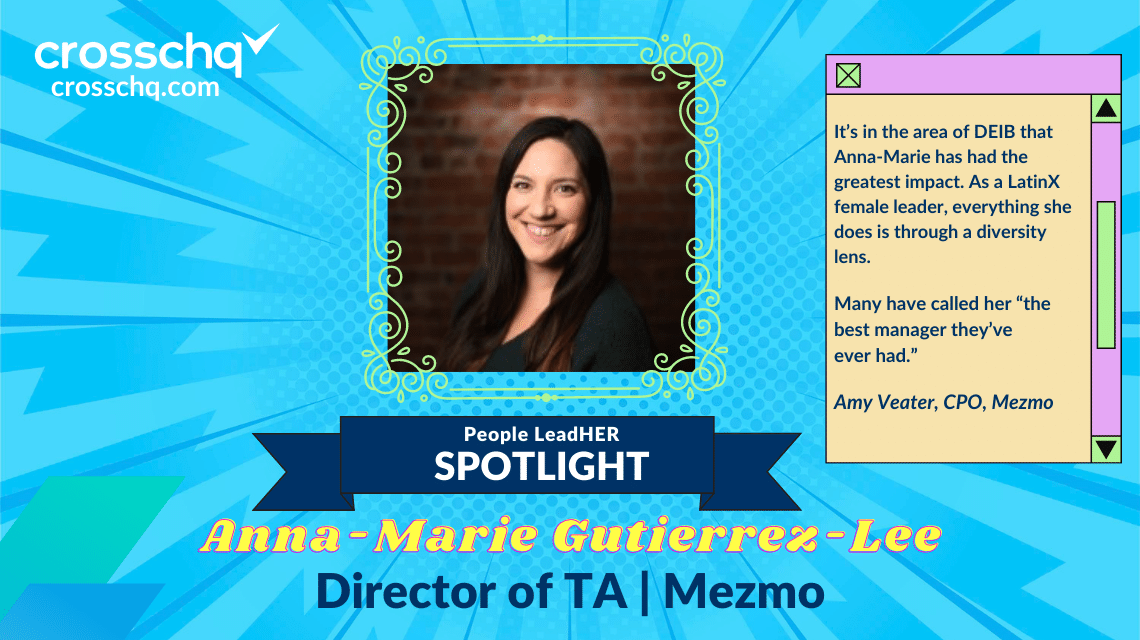 The work of an HR Professional requires hard work, patience, compassion, and dedication to one's craft - but it is often a thankless one. Crosschq would like to acknowledge the Human Resources and Talent Acquisition Leaders out there who are making a difference every day. You are both noticed and appreciated - by many.

Today we are highlighting one special Talent Acquisition leader, Anna-Marie Gutierrez-Lee, Director of TA at Mezmo. Here's what her colleague, Chief People Officer,  Amy Veater, had to say about her. 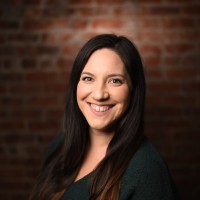 As Director of Talent Acquisition at Mezmo, formerly LogDNA, Anna-Marie Gutierrez-Lee has had a measurable impact on the company’s growth, diversity, and overall culture.

She joined at a pivotal moment for the organization as it was experiencing hyper-growth, transitioning to remote-first work, and preparing for a corporate rebrand. She approached these challenges by building a solid recruiting discipline.

She tripled the size of the talent acquisition team, prioritizing diversity so that candidates interviewing with Mezmo see representation in the hiring staff, and developed a structured interview and onboarding process.

It’s in the area of DEIB that Anna-Marie has had the greatest impact.

As a LatinX female leader, everything she does is through a diversity lens.

She transformed the hiring process to include diversity panels and more inclusive language and practices.

She also has taken steps to actively ensure every open role has a diverse talent pipeline, in many cases diligently researching and establishing new connections through diverse forms and industry groups to fill the pipeline.

Since she joined the company, the employee base has more than doubled. This year alone, 25% of Mezmo's hires have been from underrepresented minority groups.

Since she's joined, Anna-Marie's DEIB initiatives have led to a 5.2% increase in Black/African American hires and a 4% increase in female representation. Her impact extends beyond Mezmo, where she’s part of Techqueria, a nonprofit that empowers Latinx professionals with the resources and support that they need to thrive and become leaders in the tech industry.

Her community involvement and passion for creating nurturing and welcoming environments for ALL people has had a strong influence at Mezmo.

The company has established many employee resource groups (ERGs) to foster a stronger sense of inclusion and belonging and Anna-Marie holds leadership roles in both the LatinX and Women in Tech ERGs. Leadership says that her efforts have been game-changing for the company, elevating DEIB in a way they could never have imagined.

Colleagues say Anna-Marie’s positive and encouraging spirit influences everyone she interacts with.

She leads by example, working closely alongside her team with passion, understanding, and empathy.

A tenacious champion for her team, she actively creates a safe space for them to bring their whole, authentic selves to work. Many have called her “the best manager they’ve ever had.”

Her influence extends throughout the organization, as many in other departments respect her drive and ability to make anyone feel welcome.

These qualities are important, not only for bringing in fresh talent for the company, but also for encouraging other women, particularly women of color, in the tech industry.

Know someone who's crushing it in HR Industry? We want to see them shine by spotlighting them! Share with us who you think is really standing out in Human Resources and Talent Acquisition here.

Topics from this blog: People & Culture

Crosschq uses the contact information you provide to us to contact you about our products and services. You may unsubscribe from these communications at anytime.

See all by topics