In the News
How AI is catching people who cheat in their diets, job searches and school work….

How AI is catching people who cheat in their diets, job searches and school work. 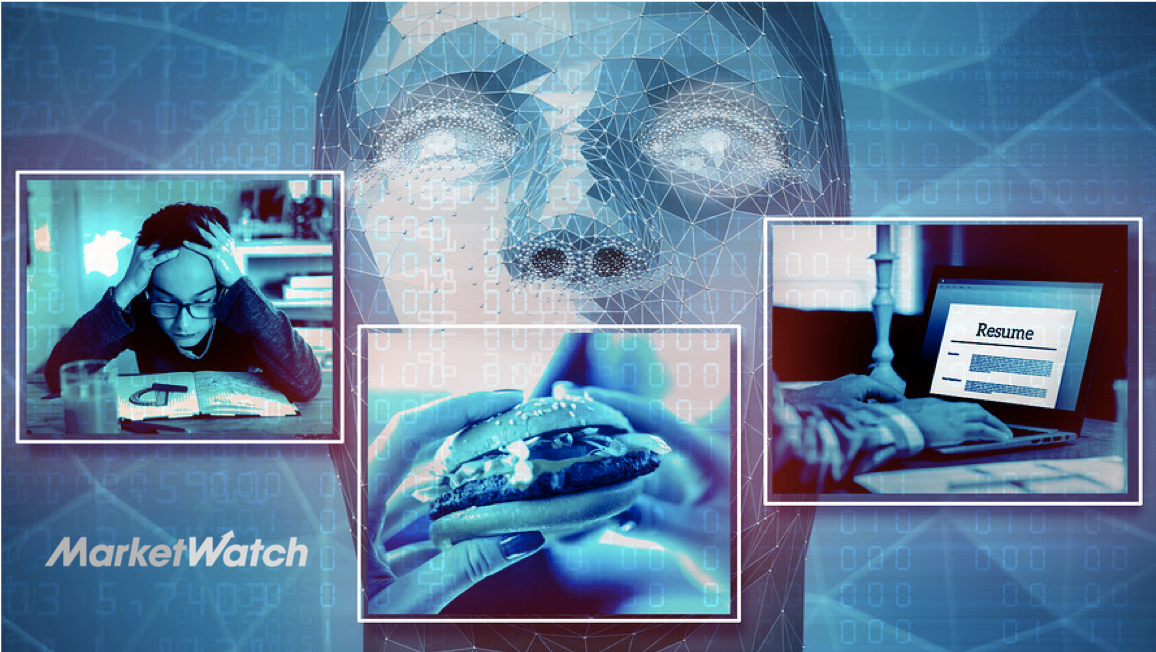 'Artificial intelligence can detect cheating just because it can compare what we say with what we do,’ said one expert.

New companies and new research are applying the cutting edge technology in at least three different ways to combat cheating — on homework, on the job hunt and even on one’s diet.

In California, a new company called Crosschq is using machine learning and data analytics to help employers with the job reference process. The technology is meant to help companies avoid bad hires and compare how job candidates present themselves with how their references see them.

In Pennsylvania, Drexel University researchers are developing an app that can predict when dieters are likely to lapse on their eating regimen, based on the time of day, the user’s emotions — even the temperature of their skin and heart rate.

And in Denmark, University of Copenhagen professors say they can spot cheating on an academic essay with up to 90% accuracy. The results add to the growing amount of technology that pinpoints plagiarism in schoolwork.

These are a few of the ways algorithms, analytics and machine learning are pervading the lives of consumers and workers. Darrell West, founding director of the Brooking Institution’s Center for Technology Innovation, said the use of artificial intelligence is widespread. It powers robo-advisers like Betterment and Wealth, it it assists in medical diagnoses, and it aids school systems when they sort through students’ ranked preferences for charter schools.

He’s not surprised the technology is being deployed against dishonesty. “Artificial intelligence can detect cheating just because it can compare what we say with what we do.”

There are plenty of places for gaps between action and words, he said. “Everybody lies to themselves about various things,” said West. “We lapse, we snack, we sneak that candy bar. …People want to present an image of themselves that’s not exactly true.”

Artificial intelligence won’t cure the human weakness to fudge facts and cut corners — and the technology itself isn’t foolproof. “The big challenges are privacy, fairness and transparency,” West said. “No algorithm is perfect,” he said, noting that its conclusions depended deeply on the data it received in the first place. “You have to make sure the conclusion reached by AI actually is true in fact.” One example of that issue: facial recognition algorithms have had trouble recognizing darker skin tones and women’s faces, in part because the algorithms are trained with images of lighter-skinned male faces.

Cheating in the job search

Mike Fitzsimmons, Crosschq’s co-founder and CEO, was partly inspired to start the business by bad hires he’d made in the past, he told MarketWatch. “We believe there is so much bias in the old way of doing this,” he said, noting how job candidates can find friends and past colleagues who will overhype the candidate.

The program has candidates rate themselves on various factors like attention to detail and self motivation, and also has their references rate the candidate on the same things. The rating system is on a five-point, “OK to great” scale. The technology then compares the ratings, and triangulates the results with the job skills the employer values. All the reference scores are then averaged. “It’s when you start to see inconsistencies, that’s when the flags go up,” he said, adding that the program is meant to control “the ability of the candidate to game the system.”

The company was founded last year and tested its product until formally launching last week. Fitzsimmons said Crosschq’s customers include companies like the ticket platform Eventbrite EB, -2.27%   and personal finance website NerdWallet. The goal is to expand farther into the private sector, and also into the public sector.

Yoni Lateiner, NerdWallet’s head of talent, said the technology “provides consistency across our reference checks and uncovers surprisingly candid insights about our candidates and new hires.”

Fitzsimmons noted the Crosschq technology wasn’t passing judgment on whether to hire a candidate. That was the employer’s call, he said. Crosschq developers tried to make the technology as a transparent as possible, Fitzsimmons said. “What’s not fair is what’s happening here already,” he said of the reference process.

Artificial intelligence is coming into the hiring process in other ways. A recent survey from the large employment law firm Littler Mendelson said 37% of polled companies were using artificial intelligence. The technology was most commonly used to screen resumes; 25% said they used it for the task. Eight percent said they used it to analyze applicant body language, tone and facial expressions during interviews.

Cheating on your diet

Approximately 45 million Americans diet each year, but many don’t lose weight because they backslide, said Drexel University psychology professor Evan Forman. While there are plenty of apps telling users the foods they should be eating and the activities they should be doing, that only goes so far, said Forman, who is director of the school’s Center for Weight, Eating and Lifestyle Science.

“It’s easy to understand what change you ought to make. It’s much more difficult to actually make those changes and keep on making them,” he said.

Enter OnTrack, the app Forman and others have been developing.

Harnessing user data, the app learns when diet lapses are statistically likely and then warns users right before the next one could happen.

Forman hopes OnTrack will be publicly available in the next year or two. Though users had to manually input data in early trials — like telling the program if they felt stressed — Forman said the end goal is to make OnTrack as automated as possible. For example, participants using new versions of OnTrack are incorporating data from sensors including FitBits FIT, -0.22%  to measure things like heart rate and even skin temperature, he said.

Forman used OnTrack himself to try breaking his post-dinner habit of snacking on Trader Joe’s tortilla chips. It worked — at least while Forman used the app. He knew it was just a machine acting on data he supplied. Still, it felt like “someone helping me do what I wanted to do,” he said.

He understands if someone would think that could get creepy. But Forman said the goal wasn’t forcing someone to do something against their will. “This was an extension of you helping you do what you want to do,” he said.

Late last month, Danish researchers unveiled a program that they say can determine with 90% accuracy whether a high school research paper was written by the student handing in the assignment, or someone else.

“Ghostwriter” compares students’ assignment with their past work, the research said. The program scrutinizes writing style and word choice, and then sees how the paper measures up against the student’s past work.

There are already established companies using artificial intelligence to spot bogus schoolwork, such as Turnitin. Over 15,000 K-12 and higher education institutions in 153 countries use the Oakland, Calif. company’s products, according to its website. “It’s common in higher education to check on student papers. We all know some students are not diligent,” said the Brooking Institution’s West.

But the Danish researchers said their “Ghostwriter” technology could also be applied elsewhere.

They said it could be used to spot forged documents during police work, and it could also be applied to social media. Sites like Twitter TWTR, -0.76%   and Facebook FB, +0.85%  , even Amazon AMZN, +3.14%  , are grappling with misinformation from internet trolls, automated bots and fake accounts.

The researchers said they’ve been using the “Ghostwriter” technology to spot cheating in tweeting. They hope to determine whether it’s a genuine user, a chatbot or an imposter behind a tweet. That’s something that Twitter itself has had trouble doing. Last fall, Twitter CEO Jack Dorsey said even though his company uses machine learning to find fake accounts, even that advanced technology can’t catch all of them. He said the company was considered labelling accounts run by chatbots. “We can certainly label and add context to accounts that come through our API,” Dorsey said. “Where it becomes a lot trickier is where automation is actually scripting our website to look like a human actor. So as far as we can label and we can identify these automations we can label them — and I think that is useful context.” A Twitter spokeswoman declined to comment.