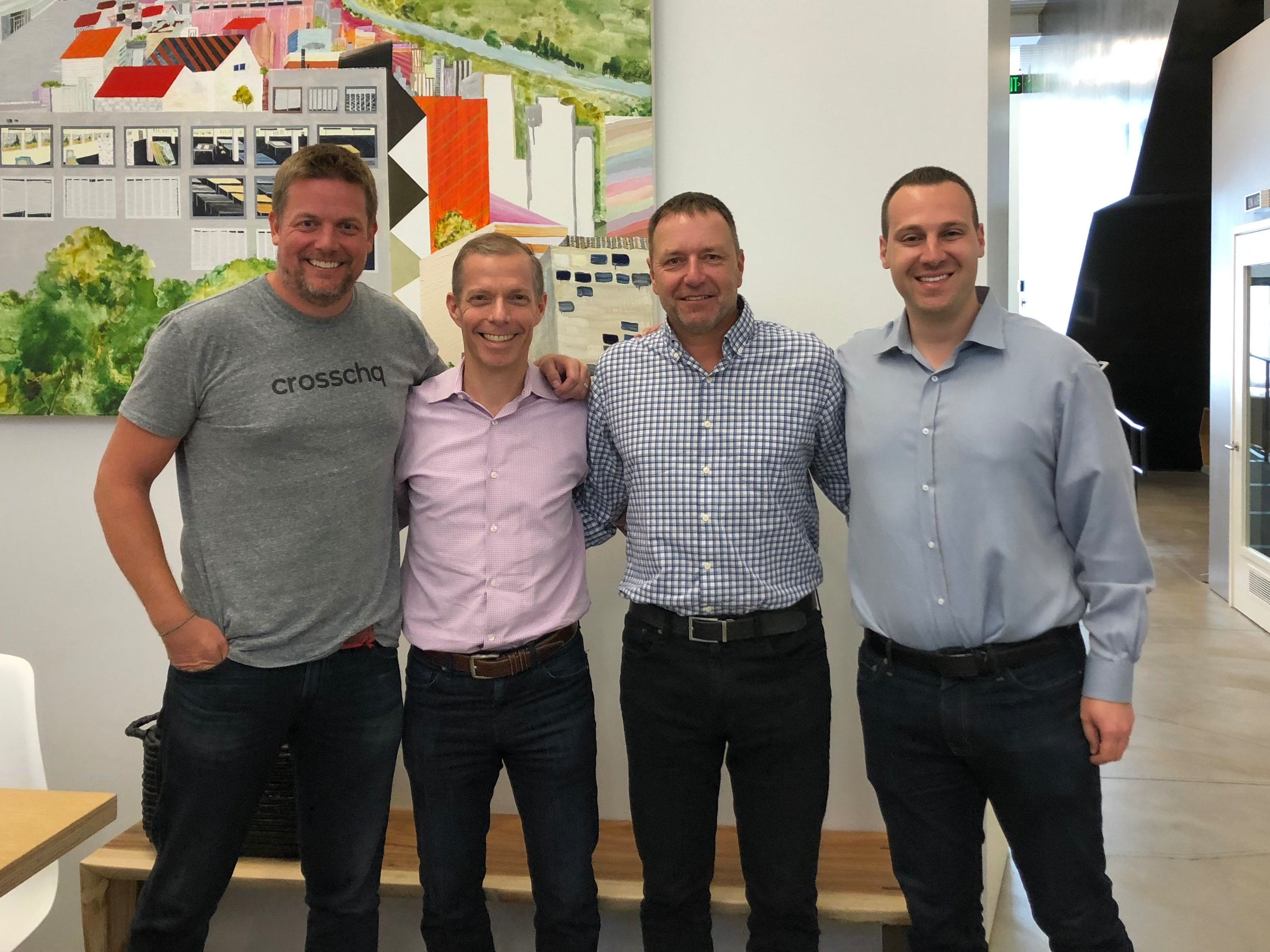 With record-low unemployment rates, skyrocketing costs of living, and competitive job markets, recruiting top talent in Silicon Valley and beyond has never been more difficult.

It’s a problem Silicon Valley has been eager to solve, with startups like Checkr, Greenhouse, and Lever all gaining popularity on promises to streamline the often manual hiring process. The newest addition to the growing pool of recruiting tools is Crosschq, which announced $4.1 million in Seed funding Wednesday led by GGV. Bessemer Venture Partners, Eventbrite cofounder Kevin Hartz, and Golden State Warriors star Klay Thompson also participated in the oversubscribed round.

Instead of trying to break out of an already saturated field, Crosschq — pronounced cross-check — works with recruitment management tools like Greenhouse and Lever to digitize, track, and collect reference check data.

“When we looked at what I would call the screening space or matching space in the recruiting funnel we saw it was cluttered with companies like Checkr and that’s cool and interesting and needs to be done, but what’s missing here is the human element,” Crosschq cofounder and CEO Mike Fitzsimmons told Business Insider.

Fitzsimmons’ question is simple: how can a startup match the right candidate with the right position? But in practice, the pairing is riddled with bias because the recruiting process is “fundamentally broken,” according to Fitzsimmons. References are typically short phone conversations that don’t go into depth on the candidate, and that information is lost as soon as the recruiter or hiring manager hangs up.

“It’s appalling how LinkedIn has a monopoly on recruiting,” Fitzsimmons said. “We rely on that as a primary source of truth even though the information is incredibly difficult to verify and some profiles outright lie. We needed a solution for real, validated feedback on people from people that’s beyond just what’s on the resumé.”

Fitzsimmons told Business Insider that, as a serial entrepreneur, he ran into the hiring problem over and over again throughout his career. A promising candidate would accept a job only to leave after a few months or would otherwise turn out to not be a fit for the company. Fitzsimmons’ experience wasn’t out of the ordinary, especially at high-growth companies where one in five hires ultimately doesn’t work out and only half of all new hires stick around for 2 years.

“I had a lot of personal experience with hiring at different levels, both at GGV and at the many portfolio companies in which we are involved,” GGV partner and new Crosschq board member Glenn Solomon told Business Insider. “One of the key challenges is always to create a process where you get to predictably good results because it’s not an easy thing to actually get right. As companies are growing fast everyone is busy and needs change so assessing fit is not a simple task.”

The existing tools that try to automate the process are riddled with bias, Fitzsimmons said, by screening resumés for things like university name or prior experience at notable companies. Those tools take out the human element, and he points to Golden State Warriors star and Crosschq investor Thompson’s career as proof that all recruiting systems need an overhaul.

“Klay came out of college as a low draft pick, certainly compared to how he’s turned out,” Fitzsimmons said. “He exemplifies what Crosschq can be for all professionals. If we can make sure that every employee is matched with their company as well as Klay was matched with the Warriors, it will be a better place.”