Artificial or human intelligence in hiring? Why not both? 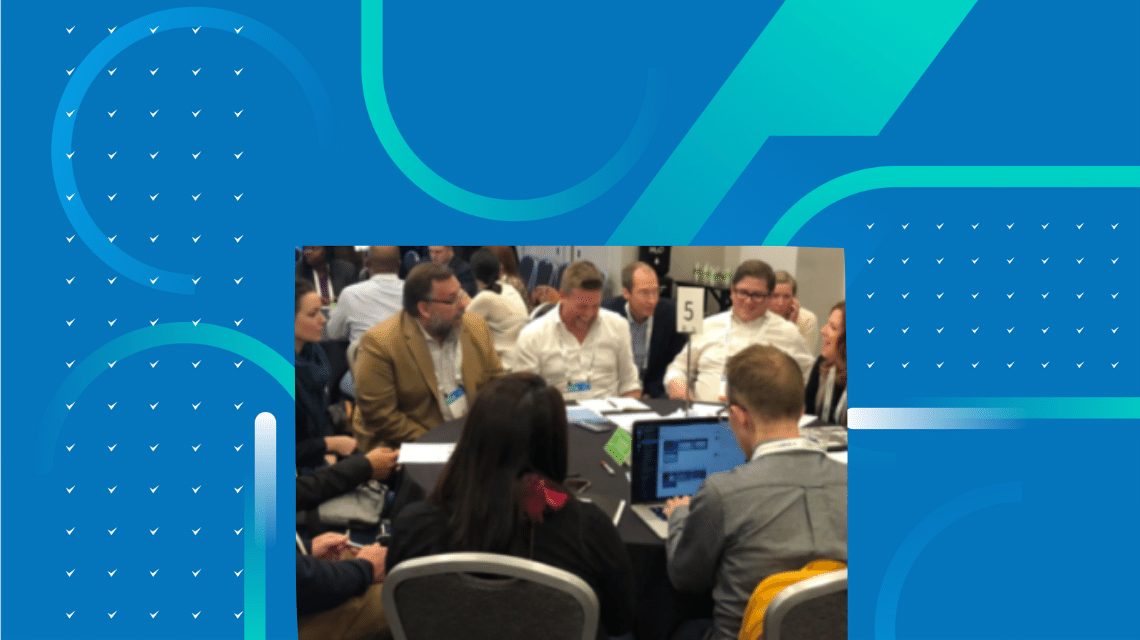 Artificial or human intelligence in hiring? Why not both?

Artificial or human intelligence in hiring?
Why not both?

Feb 14, 2020 – Aneel Bhusri, CEO of Workday, recently said at Davos, “Humans are not great at making predictions, but they are great at making judgments.” We at Crosschq try to balance that tension every day, and thought it would be a great round table discussion at SmartRecruiters Hiring Success 2020 conference. It was a rousing, intelligent discussion with a wide range of hiring leaders on how the marriage of human insights and predictive technologies can better match companies with talent leading to improved recruiting and hiring processes and outcomes.

Moderated by Mike Fitzsimmons, CEO of Crosschq and led by Dan Collins, Director of Talent Acquisition and Employer Branding at Upwork, and Yoni Lateiner, Head of Talent at NerdWallet, the conversation surfaced interesting insights and real world examples of both the success and failure of AI applications in the hiring process, and where human intelligence needs to stand alone versus being augmented by machine learning or AI.

What is artificial intelligence and how does it fit into the hiring process?

Things got really interesting really quickly. It was hard to come to a consensus on what artificial intelligence actually was. Some stated it was the ability for machines to make decisions on our behalf, some thought it was the facilitation of human interaction, and others believed it was as simple as language translation. But what was more widely accepted among the group was the outcomes expected of an AI application as it relates to hiring; automate process and remove bias anywhere possible.

Even more interesting was that 1 in 3 participants didn’t use AI in hiring at all. The reasons for this varied; budget issues and a lack of resources to implement or manage applications were common factors. But the biggest impediment to their introducing AI into their hiring process was a belief that human ownership at each stage of the hiring process is still necessary. The story of Amazon’s AI recruiting tool leading to bias against women came up as well as concerns of around a general lack of transparency in how certain algorithms that ‘define’ or ‘select’ our job candidates for us were reasons for this reticence towards AI in hiring.

For those that we’re using AI in hiring process, most of the participants were leveraging AI at the top of the hiring funnel. The 3 most common uses of AI in hiring were candidate sourcing, shortlisting or matching of applicants or sourced candidates to open roles, and in skills assessments. Not one participant used AI to make the final selection on which candidate would ultimately get a job, though most agreed that at some point in the near future this particular function would be taken over by the machines as it’s the point in the hiring process where an algorithm would have the most data.

So where does human intelligence still reign in the hiring process?

Besides the final selection of candidates, background screening, EQ, prior tenure / performance, interviewing, and culture / fit assessment are the stages of hiring that most felt required human intelligence. Even though most of the talent leaders at the table weren’t using AI at the bottom of the hiring funnel, many were open to it so long as it worked in tandem with human judgement.
The most prevalent stages discussed were relating to background checks, reference checks and culture / fit assessments.

AI and human intelligence as it related to background checks seemed pretty cut and dry. All agreed that the process of collecting information on candidates could be improved with AI, though the data should be interpreted by a human as there is too much context required as it relates to any judgement delivered based on the results. No hiring leader wanted a machine to exclude someone because of a criminal record or issues relating to educational records. They want a machine to get them the data quickly, notify them of any inconsistencies, then let someone on the hiring team provide context to those inconsistencies.

Reference checks were a hot topic in the debate. Many agreed that people aren’t good at judging or may even lie about their own performance or competence. Many also agreed that the people they’ve worked with and for in the recent past may be better judges of their performance or capabilities. But all agreed that references are usually the candidates biggest cheerleaders, leading them to believe reference checks lacked value. What people realized during the discussion was that if they could get honest, usable feedback from those that know a candidate best, reference checks would be invaluable in vetting candidates and setting them up for success post-hire. Then that same human intelligence could be churned through an AI application and joined with post-hire performance and tenure data. The output of that application could be leveraged to predict which candidates would be top performers that will stay at a company longer thus reducing the amount of hires needed annually and providing a map to those types candidates at the top of the funnel. All agreed it’s an ideal marriage human insights and artificial intelligence.

Where many didn’t see AI having a place in hiring was in determining culture fit. The group felt too many things beyond a hiring teams control can go wrong as it relates to diversity and creating a positive, inclusive environment, thus are too important to risk with AI.

“I don’t want a new hire to ‘fit’ into our existing culture. I want new hires to add to our culture.” – Dan Collins, Upwork

Dan Collins shared a story with the table around how standardizing the reference checking process with Crosschq and bringing it further up in the overall hiring process helped improve diversity in his newest cohort of hires on Upwork’s sales team. Crosschq removed the inherent bias of that part of the hiring process versus instances when reference checks were done ad-hoc. But what really impacted the conversation was his story about his expectations for human intelligence in driving culture initiatives forward. He wanted his hiring teams to most strongly consider the applicants and candidates that they didn’t connect with but that were highly qualified for the role. He wanted them to seek out capable people who could do the job, but were different from themselves. Dan perfectly stated, “I don’t want a new hire to fit into our existing culture. I want new hires to add to our culture. We have to find people who are different from ourselves, otherwise we can’t have a place welcoming to everyone and anyone.” To achieve this goal, human interaction and intelligence will always be required.

So AI and human intelligence both have a place in the hiring process. Now what?

Everyone agreed that the AI train on the hiring tracks is picking up steam. Most believe the ideal outcome of AI regardless of the stage of the hiring process are to create efficiency and remove bias. But there is always going to be a need for human intelligence at each stage of the process as well. Whether it’s managing an AI application or using predictive data to support a human decision, companies are only as good as the people they hire. In fact, they are who they hire. And who they hire are a collective and community of human beings.

So the question that remains is, ‘How far down the hiring funnel can AI go before it meets human intelligence headwinds?’ If this round table was any indicator, it’s starting to get pretty windy on talent teams.